skip to main | skip to sidebar

Not too long ago, I saw an old John Wayne called The Silent Man, which is set (and filmed) in the beauties of Ireland. Not your typical Wayne film, one might argue, but a classic nonetheless. Maureen O'Hara plays the supporting role, and both do a descent job--I'd highly recommend it.

As I watched one of the long-ish fight scenes in the quaint town pub, a face and a voice from the background caught my attention. It seemed I'd seen that face, and heard that voice before.

I don't know about you, but whenever I recognize an actor, it possesses me. Once I sense that eerie familiarity, I can't think of anything else until I've discovered the connection. So I watched for him even more intently in the shadows. After another line or two, I realised that he resembled, in face and in action, someone I'd seen recently in another movie.

And then it came to me. Sean Astin! (After his role as Samwise Gamgee in the Lord of the Rings trilogy, I'd know him anywhere.) But wait! This film was made quite some time ago, and Sean Astin is much too young to have been cast amongst the likes of John Wayne. (It's less likely he was even born when the movie was made.)

And so, I took it upon myself to search for this nameless fellow, whose role had been even too insignificant to be listed among the credits in the film. After an hour or so of googling and IMDBing, I finally found him.

So, you must be wondering...who IS the man? Sean...Sean McClory. (Odd that they should share the same name, don't you think?) I don't know. Maybe you think I'm crazy. You'll simply have to see for yourself. 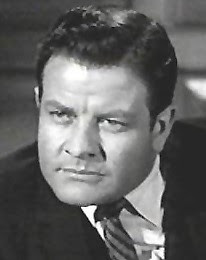 Some would gather money
Along the path of life.
Some would gather roses
And rest from worldly strife.
But I would gather children
From among the thorns of sin;
I would seek a golden curl
And a freckled, toothless grin.
For money cannot enter
In that land of endless day,
And roses that are gathered
Soon will wilt along the way.
But, Oh, the laughing children—
As I cross the sunset sea,
And the gates swing wide to heaven—
I can take them in with me.

—Author Unknown
Posted by canaan bound at 6:35 PM No comments:

MARVEL at these comic capabilities...

This goes back to when Andrew Peterson flew with his Captains Corageous. So that was a long time ago...I still laugh.

You’ve heard it said, “A picture is worth a thousand words.” But a picture in my mind’s eye makes 1000 words worth reading. And that is the gift of God through the art of Andrew Peterson. In lyric, in prose, and in fiction, his words have the power to conjure up such strikingly vivid images of the sweet, the sentimental, and ultimately, the spiritual…It is truly a gift.

For more on this creative genius, visit one or more of his websites:

“2 Corinthians 12:9—But He said to me, ‘My grace is sufficient for you, for My power is made perfect in weakness.’ Therefore I will boast all the more gladly about my weaknesses, so that Christ’s power may rest on me.

Dear brothers and sisters, go home and never ask the Lord to make you strong in yourselves! Never ask Him to make you anybody or anything, but be content to be nothing and nobody! Next, ask that His power may have room in you and that all those who come near you may see what God can do by nothings and nobodies! Live with this desire—to glorify God! Sometimes when God honors us in His service, a great 'I' stands in the Lord’s way. Tremble when you see a poor, weak preacher made useful in converting souls—then all the papers and magazines begin to blaze his name abroad! And silly Christians—for there are plenty of them—begin to talk him up as if her were a demigod and say such great things about him and describe him as wise, eloquent and great.

Thus they do all they can to ruin the good brother! If the man is sensible, he will say, “Get you behind me, Satan, for you smell not of the things that are of God” and, if God gives him grace, he will retire more and more into the background and lie lower and lower before his God. But, if you once get a man to feel himself to be great and good, either a fall will happen, or else the power of God will withdraw from him—or in some other way the Lord will make His people feel that His Glory He will not give to another.

The best of men are flesh and blood and they have no power except as God lends them power. And He will make them know and feel this. Therefore, neither exalt others nor exalt yourselves, but beseech the Lord to make and keep you weakness itself, that in you, His power may be displayed. God grant it maybe so, for Christ’s sake.

I have heard, on occasion, my beloved mother make what some would call cold and cynical remarks, such as, “The whole world is going to hell in a handbasket!” and “It’s a sign of the times!.” Such sayings used to keep me up at night, worrying that my happy life might one day be turned upside-down. I feared the reality of the “most certain” future. To look at the world and its declining morality, one may say she’s right. The world doesn’t seem to be headed in a good direction, or any that would give peace to a conservative Christian—especially in the United States’ post-churched society. So it would be easy to say she’s right.

But then I think. What of the faithful? What of love? Hope? Redemption? Repentance? Over and over in the old testament, when the Israelites had directly disobeyed and offended God—even when their future looked bleak—God was faithful. He left a remnant of true believers to repopulate and subdue.

So what of today’s circumstances? Are these the times John describes in his Revelation? The world IS bad, but there is good still in it. In fact, society today, though rampant with unbelief and debauchery, is not so different from that of ancient Rome. Last summer, I finished a series of Christian Fiction novels entitled The Mark of the Lion. The book depicts the life of Hadassah, a follower of Christ in the new church called the Way, and the persecution she faces while living in Rome at the peak of the empire. Hadassah fears for her life amidst a society that martyrs Christians in the arenas for sport.

Martyrdom. Something changed inside me as I read these novels that is hard to articulate. Aside from being drawn to the Lord and into his Word, I have changed the way I view persecution. At one time, I thought it an obligation to face it. Now, as I sit here, I fear it and long for it at the same time.

I wonder if I were living in first-century Rome as a Christian, if I would have the zeal and the fervor of the saints. I question whether or not I would give my life as so many martyrs did. And I think, is there any greater witness than giving your life for what you believe? Than giving your life as a symbol for Christ?

And yet, there may be. LIVING. Living your life as a symbol of Christ. Living a life worthy of the calling—the life that God, from the beginning of time, desired for you to live to be fulfilled in Him. The life that is, ultimately, a changed one.
Posted by canaan bound at 9:58 AM No comments:

I am a thinker. I could sit on a mountaintop or walk the streets in solitude and think for hours on end. The Lord reveals so much to me in time spent just dwelling on Him and the truth of His Word. There is a constant swirl of ideas and thoughts roaming around up in the old attic.

But as much as I love thinking, I despise writing. I find myself articulate deep within, but the eloquence is somehow lost in the process of outward expression. In fact, when it comes to writing, I am left quite _________. Nonetheless, I have an inkling that there is something sacred about the written word in general, which I have yet to discover...

Several days ago, I was listening to a sermon on the life of Paul. And then it hit me. If Paul had never have been in prison, he most likely would not have had the time to WRITE to the churches in Ephesus, Corinth, Colossia, Thessalonica, Philippi, and Galatia. Had he not WRITTEN them, we would be without much of the New Testament, and a bulk of the epistles.

And then I thought: What of God? Is it not in His nature to reveal Himself through the written word? God HAS communicated with us in such a way. Indeed, this gives value to the written word, since His Word is inherently…written.

What a holy thing it is to write.

And so, despite my protests, I have decided to do so. I will write. To whom? To you, if will be so brave. But I will not write so much for your benefit as for my own.
Posted by canaan bound at 9:46 AM No comments:

canaan bound
I seek to know the Lord and live in accordance with His will.